Bob's Burgers is one of the funniest things on TV right now. It's an animated sitcom that lasted over seven seasons, despite being relatively niche. People don't talk about Bob's Burgers nearly enough. It's a damn shame, if you ask us. That's why we dedicated a whole section to this particular TV show. We want people to know just how damn good this show is.

With a simple premise like: parents run a hamburger restaurant and have kids, you won't have trouble following it even if you start from the latest season. Bob's Burgers received mixed reviews way back in 2011, when it first started. People were confused and did not know what to expect. Now, after so many seasons, it's plain to see that this show is one of the greatest in history. Thanks to amazing humor, incredible running gags and an outstanding performance by H. Jon Benjamin, whom some you might know as the voice of Sterling Archer from the aptly named "Archer". Give Bob's Burgers a chance, you won't regret it. 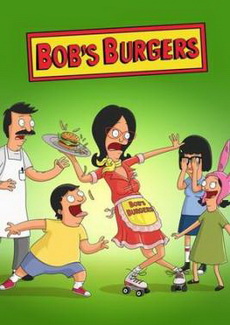 The seventh season of the animated comedy series Bob's Burgers began airing on the Fox network in the United States on September 25, 2016. On October 7, 2015, the series was renewed for a seventh production cycle that is expected to premiere during the seventh broadcast season. The sixth season of the animated comedy series Bob's Burgers began airing on the Fox network in the United States on September 27, 2015, and concluded on May 22, 2016. The season contained 19 episodes. On January 8, 2015, the series was renewed for a sixth production cycle, which aired as part of the sixth broadcast season, which also included 13 holdover episodes from the fifth production cycle. This season featured guest appearances from Steve Buscemi, Jemaine Clement, Rhys Darby, Bret McKenzie, Paul Rudd, Wanda Sykes, and Henry Winkler. The fourth season of the animated comedy series Bob's Burgers began airing on the Fox network in the United States on September 29, 2013, and concluded on May 18, 2014. The show was once again part of Fox's Sunday night lineup, initially airing in its usual timeslot of 8:30 PM Eastern. Beginning on March 9 and continuing for the rest of the season, Bob's Burgers moved to 7:00 PM Eastern; the move came as a result of the addition of Cosmos: A Spacetime Odyssey to the network's lineup. In this season, Bob subs as the home economics teacher at the kids' school (Bob and Deliver), Linda goes to her high school reunion and ends up singing there (Purple Rain-Union), the family tries to create a local Super Bowl advertisement (Easy Com-mercial, Easy Go-mercial), and the kids set up a trap for Santa Claus (Christmas in the Car). The third season of the animated sitcom Bob's Burgers began airing on the Fox network in the United States on September 30, 2012, and concluded on May 12, 2013. All main cast members reprised their roles. On May 14, 2012, Fox renewed Bob's Burgers for a third season consisting of 13 episodes. On August 23, 2012, six additional scripts were ordered. The third season consisted of the 13 episodes from the second production cycle that did not air during the second season, and also included episodes from the third cycle. This season featured guest stars such as Thomas Lennon, Jon Hamm, Zach Galifianakis, Jeffrey Tambor, Gary Cole, Bill Hader, and Aziz Ansari. The second season of the animated sitcom Bob's Burgers commenced airing on the Fox network in the United States on March 11, 2012, and concluded on May 20, 2012. The season was produced by Wilo Productions and Buck & Millie Productions in association with 20th Century Fox Television, and is distributed by 20th Century Fox Home Entertainment, along with its other seasons. Actors H. Jon Benjamin, John Roberts, Dan Mintz, Eugene Mirman and Kristen Schaal reprised their roles as Bob Belcher, Linda Belcher, Tina Belcher, Gene Belcher and Louise Belcher. These characters are all a part of the Belcher family, a nuclear family that run a hamburger restaurant, entitled Bob's Burgers.