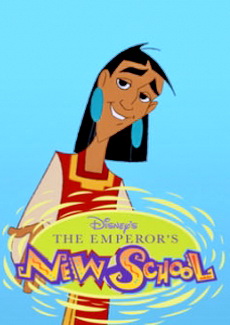 Continuation of 2000's The Emperor's New Groove, showcasing Kuzco's attempts to graduate from his kingdom's school, and his former advisor Yzma's evil attempts to keep him from his goal. Adolescent emperor/designator Kuzco isn't allowed to rule or live in the palace until he graduates from Kuzco Academy. Being a naughty, lazy pupil, he's in danger of remaining an uneasy guest in lama-herdsman Pacha's humble family for long. He may even be deposed altogether, if evil pretender Yzma gets her way in endless schemes involving gentle giant Kronk and magical potions. Yet flippant Kuzco pursues puerile pleasures and fellow pupil Malina, his opposite as commoner model pupil, uninterested yet often his salvation, as is Kronk. (Video 720p received from the Russian location!)