When Woody is stolen by a toy collector, Buzz and his friends vow to rescue him, but Woody finds the idea of immortality in a museum tempting. While Andy is away at summer camp Woody has been toynapped by Al McWiggin, a greedy collector and proprietor of "Al's Toy Barn"! In this all-out rescue mission, Buzz and his friends Mr. Potato Head, Slinky Dog, Rex and Hamm springs into action to rescue Woody from winding up as a museum piece. They must find a way to save him before he gets sold in Japan forever and they'll never see him again! A cowboy doll is profoundly threatened and jealous when a new spaceman figure supplants him as top toy in a boy's room. A little boy named Andy loves to be in his room, playing with his toys, especially his doll named "Woody". But, what do the toys do when Andy is not with them, they come to life. Woody believes that he has life (as a toy) good. However, he must worry about Andy's family moving, and what Woody does not know is about Andy's birthday party. Woody does not realize that Andy's mother gave him an action figure known as Buzz Lightyear, who does not believe that he is a toy, and quickly becomes Andy's new favorite toy. Woody, who is now consumed with jealousy, tries to get rid of Buzz. Then, both Woody and Buzz are now lost. They must find a way to get back to Andy before he moves without them, but they will have to pass through a ruthless toy killer, Sid Phillips. A family of undercover superheroes, while trying to live the quiet suburban life, are forced into action to save the world. Bob Parr (A.K.A. Mr. Incredible), and his wife Helen (A.K.A. Elastigirl), are the world's greatest famous crime-fighting superheroes in Metroville. Always saving lives and battling evil on a daily basis. But fifteen years later, they have been forced to adopt civilian identities and retreat to the suburbs where they have no choice but to retire as superheroes to live a "normal life" with their three children Violet, Dash and Jack-Jack (who were secretly born with superpowers). Itching to get back into action, Bob gets his chance when a mysterious communication summons him to a remote island for a top secret assignment. He soon discovers that it will take a super family effort to rescue the world from total destruction. 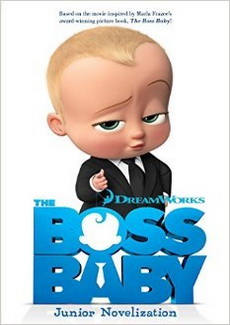 A suit-wearing briefcase-carrying baby pairs up with his seven-year old brother to stop the dastardly plot of the CEO of Puppy Co. The Boss Baby is a 2017 American 3D computer-animated comedy film, loosely based on the 2010 picture book of the same name written and illustrated by Marla Frazee. Produced by DreamWorks Animation, the film is directed by Tom McGrath and written by Michael McCullers. It stars the voices of Alec Baldwin, Miles Christopher Bakshi, Steve Buscemi, Jimmy Kimmel, Lisa Kudrow and Tobey Maguire. The plot follows a baby who is a secret agent in the secret war between babies and puppies. The Boss Baby premiered in Miami on March 12, 2017, and was released by 20th Century Fox on March 31, 2017 in the United States. The film received mixed reviews from critics and has grossed $108 million worldwide. 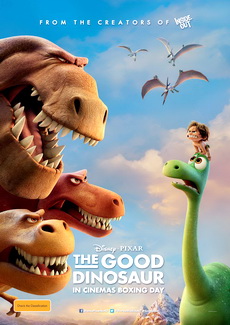 A freak accident might just help an everyday garden snail achieve his biggest dream: winning the Indy 500. After a freak accident infuses him with the power of super-speed, Turbo kicks into overdrive and embarks on an extraordinary journey to achieve the seemingly impossible: competing in the world's fastest race, the Indianapolis 500. With the help of his tricked-out streetwise snail crew, this ultimate underdog puts his heart and shell on the line to prove that no dream is too big, and no dreamer too small. After their cave is destroyed, a caveman family must trek through an unfamiliar fantastical world with the help of an inventive boy. The Crood is a very sad cave man who wants to go out and discover the world. When the crood goes out of his cave, he discovers many things. The movie follows the world's first Crood as he embarks on a journey of a lifetime when the cave that has always shielded him from danger is being renovated. Traveling across a spectacular landscape, the Crood discovers an incredible new world filled with fantastic creatures and even finds a love, Mrs. Crood. Shame, the ape man of the jungle, is aghast when his woman, June, is kidnapped by a gang of giant penises. They take her to their queen, Bazunga, a bald woman with fourteen breasts. After tangling with a gang of great white hunters, a marauding lion and the Molar Men, Shame sets off to rescue her with only his faithful friend Flicka at his side. He heads for that darkest of areas ..... Bush Country! "Tarzoon: Shame of the Jungle" (French: Tarzoon, la honte de la jungle) is a 1975 adult-oriented French/Belgian animated film directed by cartoonist Picha and Boris Szulzinger. The film was the first foreign-animated film to receive both an X rating and wide distribution in the United States. An English dub was released in 1979 where the English cast consists of Johnny Weissmuller, Jr., John Belushi, Bill Murray, Christopher Guest, and Brian Doyle-Murray. This film is also known as "Jungle Burger" in the United Kingdom. The jetsons take a blast from the past and have WWE superstars stop Big Show from taken over the future - Blast off to adventure in this animated feature where our favorite space-age family, The Jetsons, meet the superstars of WWE. When George unearths WWE's Big Show, who has been frozen for 100 years, the futuristic face-o begins. Once thawed, Big Show wastes no time in taking the WWE belt from the current robot champ as well as taking total control of Orbit City. It's up to The Jetsons to travel back in time and enlist help from WWE's brightest stars: Sheamus, Alicia Fox, Roman Reigns, Seth Rollins and the Uso brothers. Can this cosmic tag-team prevail and set this twisted time-warp straight? Tune in and see with The Jetsons and WWE. A young elementary school girl was raped and died shortly after. She comes back as a ghost and eventually falls in love with a teacher, she uses him in order to transcend into heaven.