Neon Genesis Evangelion (Japanese: 新世紀エヴァンゲリオン Hepburn: Shinseiki Evangerion, literally "The Gospel of the New Century"), from Classical Greek meaning "The Gospel of the New Genesis", commonly referred to as Evangelion or Eva, is Japanese science-fiction anime television series produced by Gainax and Tatsunoko Production and directed by Hideaki Anno. It was broadcast on TV Tokyo from October 1995 to March 1996. The original Japanese cast includes Megumi Ogata as Shinji Ikari, Megumi Hayashibara as Rei Ayanami, and Yūko Miyamura as Asuka Langley Soryu. The music was composed by Shirō Sagisu.

Evangelion is an apocalyptic anime, set in a futuristic Tokyo fifteen years after a worldwide cataclysm. The story centers on Shinji, a teenage boy who is recruited by his father into the shadowy organization Nerv to pilot a giant bio-machine mecha called Evangelion in combat against monstrous beings known as Angels. The series explores the experiences and emotions of Evangelion pilots and members of Nerv as they attempt to prevent another catastrophe. In the series there are many references to psychoanalytic concepts, such as the oral stage, introjection, oral personality, ambivalence, and the death drive. It features religious symbolism throughout the series, including themes and imagery derived from Kabbalah, Christianity, and Judaism.

Neon Genesis Evangelion gained widespread critical acclaim as well as controversy. Regarded as a critique and deconstruction of the mecha genre, the series has become a cultural icon and influenced an artistic and technical revival of the anime industry. Subsequent film, manga, home video and other products in the Evangelion franchise have achieved record sales in Japan and strong sales in overseas markets, and by 2007 gross revenues had reached over 150 billion yen. 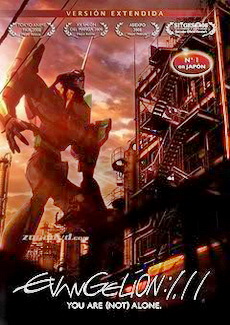 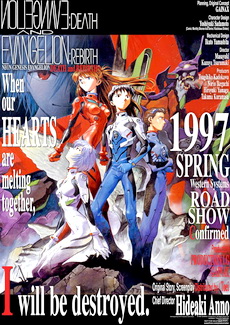