Kyuta, a boy living in Shibuya, and Kumatetsu, a lonesome beast from Jutengai, an imaginary world. One day, Kyuta forays into the imaginary world and, as he's looking for his way back, meets Kumatetsu who becomes his spirit guide. That encounter leads them to many adventures. The latest feature film from award-winning Japanese director Mamoru Hosoda (Summer Wars, Wolf Children): When Kyuta, a young orphan living on the streets of Shibuya, stumbles into a fantastic world of beasts, he's taken in by Kumatetsu, a gruff, rough-around-the-edges warrior beast who's been searching for the perfect apprentice. Despite their constant bickering, Kyuta and Kumatetsu begin training together and slowly form a bond as surrogate father and son. But when a deep darkness threatens to throw the human and beast worlds into chaos, the strong bond between this unlikely family will be put to ultimate test-a final showdown that will only be won if the two can finally work together using all of their combined strength and courage. When a young orphaned boy living on the streets of Shibuya stumbles upon a fantastic world of beasts, he's taken in by a gruff warrior beast looking for an apprentice. This movie takes place in a distant future, and is the story of a the young cyborg Gally, who is found on a scrapheap by the Cyberdoctor Daisuke Ido, who rebuilds her and becomes her surrogate father. Gally has no memory of her past, but soon displays remarkable fighting skills. She starts working as a bounty hunter and meets a young boy Yugo, who has the impossible dream of going to Zalem. A giant satellite floating above the city. Not realising that Yugo's dream can only end in misery Gally sets out to help him. This is a very nice anime movie. It is also known as "Wonderful Days" - Civilization has been destroyed by war and pollution, but the survivors have built the last city of Ecoban. As most natural resources have been exhausted, Ecoban is powered by pollution. The citizens of Ecoban need to continue creating this pollution leading them into conflict with the inhabitants of Marr while one man just wants to clear away the clouds and see the sky. This movie first came out in public in 2003 but the dvd came in Europe much later on (i think after 2005). The release delay on many countries maybe explains the reason why in Western countries such as the U.S. and Great Britain it was rleased under the title "Sky Blue" and in other countries under the title "Wonderful Days". Its a Koren production directed by Kim Moon-saeng. The movie includes really great quality sounds, music and computer graphics far greater than other anime movies of that time using highly detailed models for some of the backdrops into which the cel animated characters were animated. Some say that the computer graphics of this movie are comparable to those in the film Final Fantasy: The Spirits Within. The film was scheduled for release in the US on Blu-ray disc but yet uknown when. A love story between a girl who loves reading books, and the boy who has previously checked out all of the library books she chooses. A young girl finds that all the books she chooses in the library have been previously checked out by the same boy. Later she meets a very infuriating fellow... could it be her "friend" from the library? The boy's grandfather has a violin sales and service shop. The boy wants to be a violin maker like his grandfather. Bekushiru: 2077 Nihon sakoku - Japan, 2077: A female agent named Vexille is dispatched to Tokyo to investigate whether Japanese are developing robotic technology, which has been banned by the U.N. due to its potential threat to humankind. 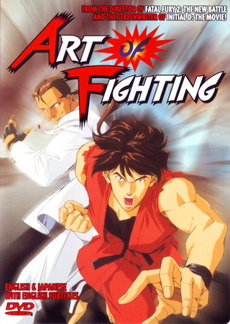 The universe of the Halo video game series is expanded in seven short animated films from Japan's greatest anime directors and studios. A collection of seven stories from the Halo Universe created by Japan's most creative minds. First up is "Origins" a two part episode showing the expansive history of the Halo Universe and the history of the 100,000 year long franchise timeline, told through the eyes of Cortana. Second comes "The Duel" Taking place long before the Human-Covenant War, it tells the story of an Arbiter, Fal 'Chavamee, who refuses to accept the Covenant Religion. Taking a turn to the Spartan side of the story "Homecoming" focuses on the tragedies involving the Spartan-II recruitment in 2517, and the Spartans coming to terms with their origins. Taking a turn in tone comes "Odd One Out" a non-cannon parody of the Halo storyline. "Prototype" tells the story of a Marine who goes against his orders to destroy an advanced prototype armor and uses the suit to buy time for civilians evacuating from the planet. "The Babysitter" tales of the the rivalry between the Spartan-II Commandos and the Orbital Drop Shock ... When a machine that allows therapists to enter their patients' dreams is stolen, all Hell breaks loose. Only a young female therapist, Paprika, can stop it. Three scientists at the Foundation for Psychiatric Research fail to secure a device they've invented, the D.C. Mini, which allows people to record and watch their dreams. A thief uses the device to enter people's minds, when awake, and distract them with their own dreams and those of others. Chaos ensues. The trio - Chiba, Tokita, and Shima - assisted by a police inspector and by a sprite named Paprika must try to identify the thief as they ward off the thief's attacks on their own psyches. Dreams, reality, and the movies merge, while characters question the limits of science and the wisdom of Big Brother. 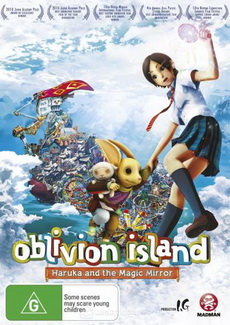 "The Place Promised in Our Early Days" - In an alternate postwar timeline, Japan is divided into the Union-controlled North and the US-controlled South. The story takes place in a alternate postwar period, in 1996, where Japan is divided. Hokkaido is ruled by the "Union" while Honshu and other southern islands are under US authority. A tall tower was built on Hokkaido, which could even be seen from Tokyo. In the summer of 1996, three middle-school students make a promise that they'll cross the border with a self-constructed plane and unravel the tower's secret, but their project was abandoned after the girl, Sayuri Sawatari, became mysteriously ill and transferred to Tokyo. Years later on the brink of another war Hiroki Fujisawa finds out that Sayuri had been in coma since then, and he asks Takuya Shirakawa to help him finding a way to wake her up.